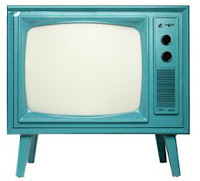 Last year we reported on a study by Wendi Gardner and Megan Knowles, on how favourite television characters can influence us in much the same was as real peers. In a similar vein, Jaye Derrick, Shira Gabriel, and Kurt Hugenberg have recently reported on how favourite television programs can serve as a social surrogate. Their article, accepted for publication in the Journal of Experimental Social Psychology, describes four experiments that investigate this question from a number of different directions.

Study 1 employed a correlational approach and a large sample (N = 701) to demonstrate that when people are feeling lonely, they are likely to prefer watching a favourite television show. Importantly, this activity is more preferred than simply watching whatever is on television. This is consistent with the idea that when feeling lonely people are likely to seek out situations that entail a parasocial relationship, and that this is a more powerful drive than mere escapism. Also in line with this idea, and in this same study, people reported that they feel least lonely while watching a favourite television program, as compared to watching whatever is on. In Study 2, the researchers experimentally manipulated how much their participants felt a need to belong with others, and then examined how long they would write about a time when they watched a favoured television program compared to a time when they simply watched whatever was on. Those primed to feel a greater need to belong with others (i.e., by writing about a prior conflict with someone close to them), spent more time writing about favoured television shows than those who were not primed in this fashion (i.e. , they completed a control task). Importantly, a difference was again observed with regards to favoured programs and television in general, so that those primed with a need to belong wrote more about the former than the latter. For Study 3, the researchers replicated the design of Study 2, but limited how long each participant wrote about favoured or non-favoured television programs. What they found was that people reported lower self-esteem in the condition whereby belongingness needs were primed (i.e., writing about a personal conflict), even if they subsequently wrote about non-favoured television viewing. However, when participants were given the opportunity to write about watching their favoured television shows, no decrease in self-esteem was found following the belongingness prime. Thus, writing about watching one’s favoured shows allowed people to recover from the blow to their self-esteem incurred by thinking about a past personal conflict. Lastly, in Study 4, it was demonstrated that participants who thought about favoured television shows were less likely to have thoughts of social exclusion compared to those who thought about watching television per se, or another control task.

As a whole, this article provides a very nice example of how programmatic research into this topic should be undertaken, with a myriad of approaches (i.e., correlational and experimental), that are then shown to converge on a single coherent result. These studies also illustrate the importance of studying the effects of fictional products that are personally relevant, which clearly have different influences than exposure to fiction per se.
Jaye Derrick, Shira Gabriel, & Kurt Hugenberg (in press). Social Surrogacy: How favored television programs provide the experience of belonging. Journal of Experimental Social Psychology. (published online: December 24, 2008)