Reading and the Brain: Symmetry and the Emulation of Good Writing 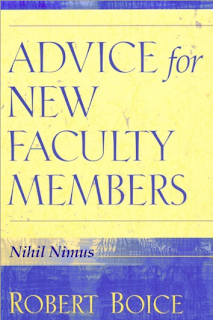 In reading scientific literature having to do with reading and writing, I have recently come upon a contrast that brilliantly demonstrates a wide chasm in scientific approaches that I would dearly like to see bridged. On one hand, I have been reading Robert Boice, an emeritus professor of psychology and director of the faculty teaching center at SUNY-Stony Brook, who has spent many years empirically studying what makes people successful at endeavors such as teaching and writing. Like Alice Flaherty (whose ideas I have been exploring over the previous weeks: Dec 24, Dec 31, Jan 6), Boice presents a basic two part prescription. First, he describes a set of rules, such as beginning early, before feeling ready, working in brief, regular sessions, and stopping before negative returns set in (Boice, 2000). These rules in many ways describe a particular character profile — however, Boice is adamant in his argument that this does not exclude those who do not fit this character profile from writing success; rather, he lays out a number of ways that those who find themselves less likely to adhere to these rules can emulate what he calls exemplars. It is in this second principle — practicing the rules — that he most echoes Flaherty's assertions about the value of writing a lot: he uses a number of models and approaches for enticing writers of all skill levels and character flaws past sensations of blocks and into modes that use writing's most exploratory features to their best advantage.

I describe his approach because his use of careful observation of working habits and intervention studies so contrasts the alternate approach to struggles with reading and writing I found in an overview of neurobiological bases of learning disabilities by Christina Fiedorowicz, a neuropsychologist and member of the Professional Advisory Committee of the Learning Disabilities Association of Canada. Although I am fascinated by Fiedorowicz's descriptions of neurobiological underpinnings of the mechanisms that carry out reading and writing, I find the approach she takes to findings that people who struggle with reading have more symmetrical brains than "normal" to be highly evocative in the context of Flaherty's exploration of the role of the temporal lobe in writing and the social demonization of the personality characteristics that appear to accompany writerliness.

In other words, in an area of the brain that shows the most asymmetry (presumably because of human language ability) a symmetry marks reading disability, while persons "without learning disability" are normally asymmetrical. Recognizing that this kind of research is valuable, particularly to people who struggle with tasks that others define as naturally part of social existence, this phrasing still rankles, perhaps because of the way it reifies learning disability, and with it, the expectation that reading easily is normal — and perhaps even more because of the way that it does not leave open the question of what the asymmetry means — particularly to a presumed audience of concerned and curious parents. In the abnormally symmetrical cases, what is the other half doing? Might this aberration translate into some other skills? I do not wish to romanticize the creative genius of people struggling with mental disabilities. But I do find salutary Flaherty's strong reminders that most mental disabilities exist on a continuum — one that bears exploration and care, not to accept at face value, for example, that difficulty reading or a psychotic-seeming compulsion to write are merely problems to be solved.

I wonder if this could be the neruopsychological basis for 'multiple intelligences.' I volunteer with young offenders and I typically find that the poorest students are often excellent artists or mechanics. I am making a broad generalization here, but I'd also say the same is true of friends and colleagues I've had over the years.

That certainly seems to be what a lot of people think, Allan -- it will be interesting to follow as people gain more insight into what happens in the brain. Exploring this line of thought has really made me appreciate the people who are able to expend the extra effort, too, to look beyond the normal, and notice when other strengths or characteristics have perhaps outweighed the circuitry that might normally be used for something else.