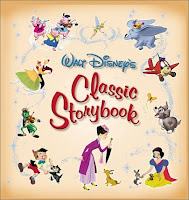 Oftentimes, fairytales consist of unrealistic or fantastical events. Although children understand that fantastical fiction differs from reality, it is unclear how they interpret these unrealistic events. A study by Julia Van de Vondervoort and Ori Friedman (University of Waterloo) indicates that children, like adults, use the impossible events to infer general rules about the fantasy world that allow them to predict what will happen in the story.

The second experiment was designed to examine whether children formed a specific rule (i.e., that only cats make the sound of the animals they address) or a general rule (e.g., that all animals make the sound of the animals they address). 94 children were randomly assigned to two conditions. The first condition was identical to the rule-demonstration condition in the first experiment with the same questions asked afterwards regarding what sound a cat would make when addressing various other animals. The second condition was the same as the first condition except that following the demonstration, the children were asked to predict what sound a duck would make instead of a cat, when addressing the same four animals. What researchers observed was that children inferred the general rule that animals make the sound of the animals they addressed.

If parents are ever worried that reading fairy tales may confuse children by exposing them to events or entities that do not exist in reality, this study indicates that children can easily infer general rules about fantasy worlds that help them make sense of fiction.

Posted by Raymond A. Mar at 07:00
Labels: Imagination, Research Bulletins

Quote: "If parents are ever worried that reading fairy tales may confuse children by exposing them to events or entities that do not exist in reality, this study indicates that children can easily infer general rules about fantasy worlds that help them make sense of fiction."

I suspect that parents worry less about their children learning fictional rules to understand a story than about those children carrying those same rules over into real life, perhaps exposing themselves danger. A hero may be able to jump from a rooftop and fly away. Little children cannot.

A more common defense of fairy tells is that such tales teach children to have the imagination to cope with life's troubles. G. K. Chesterton express that this way:

J. R. R. Tolkien had this to say about those who prefer so-called realistic literature to fantasy and romance:

“Why should a man be scorned if, finding himself in prison, he tries to get out and go home? Or if, when he cannot do so, he thinks and talks about other topics than jailers and prison-walls?”